Attention: Information about the quality of the article, certificate, reference and journal types are available only to the author of the article or correspondent of the journal. 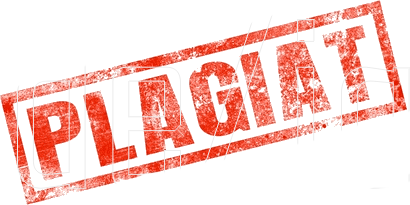 English
English is an International language

«Do you speak English?» — with this phrase begins the conversation between two people, that speak different languages and want to find a common language.

It’s very good when you hear: «Yes, I do», and start talking. People of different countries and nations have to get along well with the progress in world trade and technology as well as with each other.

English is very popular now. It’s the language of computers, science, business, sport and politics. It’s spoken all over the world. It is the official language of the United Kingdom, Ireland, the United States of America, Canada, Australia. There are more than 750 million speakers of English in the world.

If you like travelling, you can go anywhere without being afraid that other people will not understand you. English is very important to find a good job.

Language is communication, English is international language. We faced on issue that build relationship with other people in different country is language. How to explain our planning. How to maintain our reason, how to say our opinion or how to answer their questions. We need one language that to be a bridge between us and the bridge is English . There are many fact and statement describe the reasons.

The first fact is English has the rapid vocabulary development in the world because English is one of the old language in the world. Report of Harvard university and Google research said that 8.200 word of English increase in a year. Now English word is 1.022.000. advancement of English quantity is possible in the next.

The second fact is technology era. Now, Europe and USA come to be science development center with many inventions. It means that, this innovations will be published to around the world by English , and impossible and hardworking if the new innovation explain by Japanese of Indonesian.

The third fact is easy to learning English , we can find English training center in many country in the world. For example in Indonesia, there are some institution which English training language program like: IALF, IDP, English First, Webster, Etc. so, if you want to study English , you can find the place to improve your English

All of the facts show that English as international language. In the other side, y am going to explain my experience to prove English as international language. My regency is tourism board they come from many century in the world for holiday. To give the good service for them, we have to communicate. The problem is language. So, we try to use English and it is satisfy for them. Now, we publish our tourism board to world by English and it is satisfy.

Finally, the world relationship is world without border, not think about geographical country but globalization, we need one language to build communication. And the answer is English .

Around 750 million people are believed to speak English as a foreign language. English has an official or a special status in 75 countries with a total population of over 2 billion.

The domination of the English language globally is undeniable. English is the language of diplomacy and international communications, business, tourism, education, science, computer technology, media and Internet. Because English was used to develop communication, technology, programming, software, etc, it dominates the web. 70% of all information stored electronically is in English.

British colonialism in the 19th century and American capitalism and technological progress in the 20th century were undoubtedly the main causes for the spread of English throughout the world.

The English language came to British Isles from northern Europe in the fifth century. From the fifteenth century, the British began to sail all over the world and became explorers, colonists and imperialists. They took the English language to North America, Canada and the Caribbean, to South Africa, to Australia and New Zealand, to South Asia (especially India), to the British colonies in Africa, to South East Asia and the South Pacific.

The USA has played a leading role in most parts of the world for the last hundred years. At the end of the 19th century and first quarter of the 20th, it welcomed millions of European immigrants who had fled their countries ravaged by war, poverty or famine. This labor force strengthened American economy. The Hollywood film industry also attracted many foreign artists in quest of fame and fortune and the number of American films produced every year soon flooded the market. Before the Treaty of Versailles (1919), which ended the First World War between Germany and the Allies, diplomacy was conducted in French. However, President Woodrow Wilson succeeded in having the treaty in English as well. Since then, English started being used in diplomacy and gradually in economic relations and the media.

The future of English as a global language will depend very largely on the political, economical, demographic and cultural trends in the world. The beginning of the 21st century is a time of global transition. According to some experts, faster economic globalization is going hand in hand with the growing use of English. More and more people are being encouraged to use English rather than their own language. On the other hand, the period of most rapid change can be expected to be an uncomfortable and at times traumatic experience for many people around the world. Hence, the opposite view, that the next 20 years or so will be a critical time for the English language and for those who depend upon it. The patterns of usage and public attitudes to English which develop during this period will have long-term effects for its future in the world.